A booming economy, a surging population and an excellent all-round quality of life. There are many reasons why investors are setting their sights on Manchester.

The UK’s second city is rapidly becoming one of the best places in the UK to be a property investor with high rates of capital growth, outstanding rental yields and a vibrant economy. Better still, with businesses shifting their focus towards the North West, the future looks bright.

What was once a small village, Manchester grew rapidly through the industrial revolution to become one of the biggest cities in the world. Its early wealth was based on the cotton industry, and while, industry declined after the second world war, the city is experiencing a renaissance fuelled by the high-tech jobs of the future.

The rebirth began in the 80s. Old mills have transformed into apartments. Factories have been redesigned to be replaced by flats. Property developments of all kinds springing up everywhere from affordable homes to million-pound loft apartments are emerging onto the market.

With businesses and individuals beginning to look beyond London, Manchester has benefited from a surge of interest with people moving into the area in their thousands. In fact, 80 FTSE 100 companies are based in Manchester.

Since 2005 the population has grown by 500%, with most experts suggesting growth is only just beginning. Manchester’s population growth is three times the national average, and a 5.4% GVA growth compares with the UK average of 2.6%.

They are drawn in by a vibrant city offering an outstanding quality of life. In 2019 it was voted the most liveable city in the UK by the Economist.

From the buzz and excitement of the city centre to the outstanding natural beauty of the Pennines and the Peak District National Park, it’s no wonder this is one of the most visited cities in the country.

Additionally, ongoing investment in redevelopment and infrastructure projects means that Manchester still has a tremendous amount of scope for increased price growth.

Sports fans are spoilt for choice. If you’re into football, you have not one but two of the biggest football clubs in the world in the form of Manchester United and City. Cricket fans, meanwhile, are drawn to the prospect of test matches and country cricket at Old Trafford.

This is, then, one of the most exciting and vibrant places to live and work the UK has to offer. Whether you’re interested in the city’s varied nightlife, renowned music scene, architectural history or the great outdoors, Manchester has something for everyone. Best of all, the future looks even better.

The last few years have seen businesses and people moving into Manchester at a dramatic rate, with rental yields being amongst the highest in the UK. the city is fast becoming a magnet for property investors of all kinds.

“Manchester is probably one the UK’s top investment spots and with a diverse range of properties, really offers those wishing to buy an abundance of choice – from prime city apartments to incredibly affordable units within easy reach of the centre.

Investors who have seen yields reach their limit in central London are shifting their gaze north. Here they find a place where yields are sky high, demand is outstripping supply, but prices remain relatively affordable.” 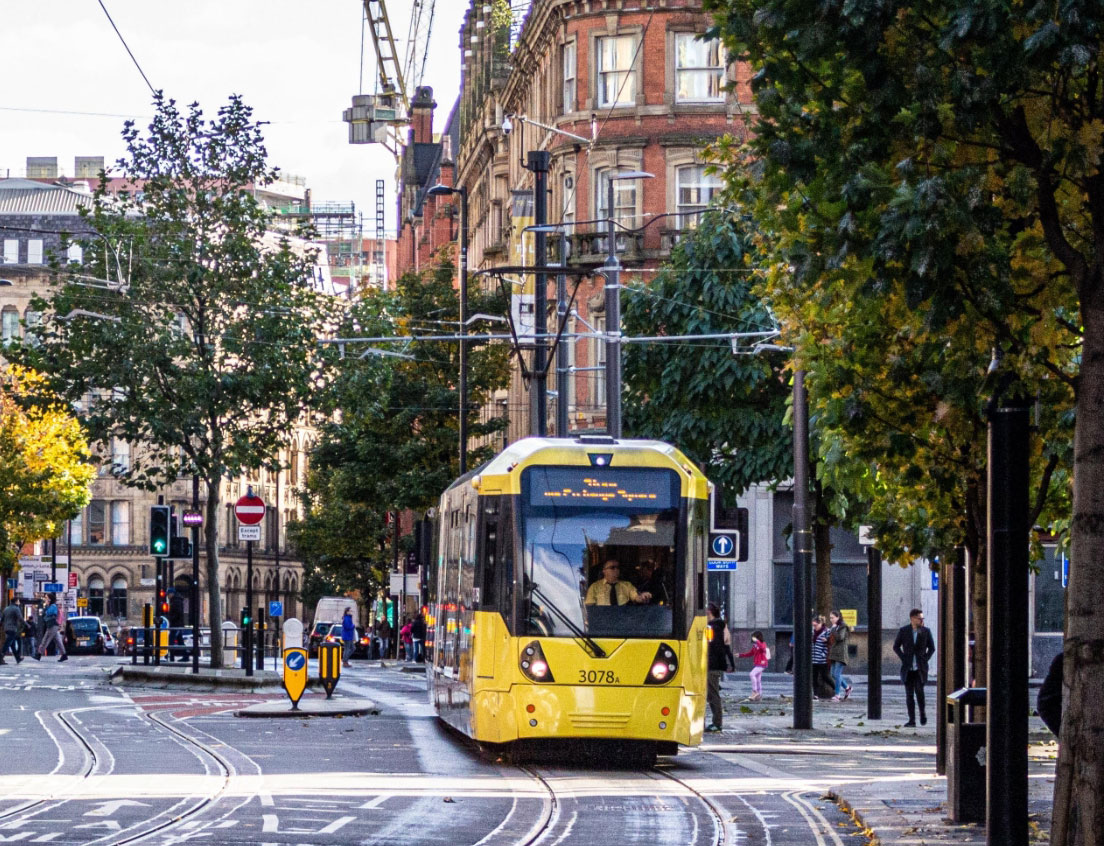 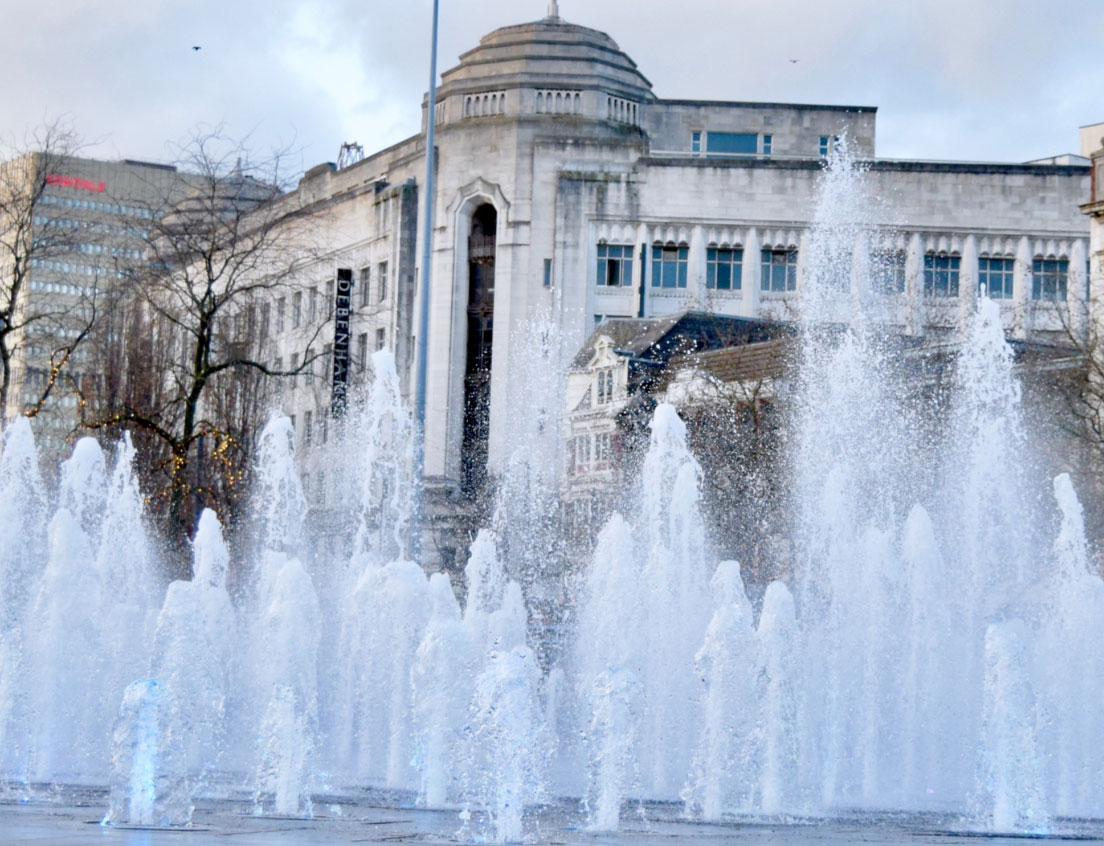 How to get there

Manchester is well connected to the rest of the UK via excellent motorway links. The M60 ring road connects the city to motorways north, south, east and west. Average drive time to London is just over 3 hours.

Greater Manchester has 97 railways stations that offer over 70 direct connections to major cities and towns across the UK. The average journey time from Manchester to London is currently just 2hrs 24 min, and with planned extensions to HS2, this could drop to only one hour and seven minutes.

The closest ferry crossings from Manchester run Liverpool, connecting with both Southern and Northern Island.

The climate of Manchester is oceanic, with moderately cold winters and mild summers, and with frequent rainfall throughout the year.  On average, Manchester enjoys 1,415 hours of sunshine per year.

Summer daytime temperatures regularly top 20 Celsius, quite often reaching 25 Celsius on sunny days during July and August in particular. In more recent years, temperatures have occasionally reached over 30 Celsius. There is regular but generally light precipitation throughout the year.

Winter, from December to February, is quite cold: temperatures are not so low, but wind and humidity can increase the sensation of cold. The sky is often cloudy, and rainfall is frequent. Sometimes, intense Atlantic depressions can cause wind storms. 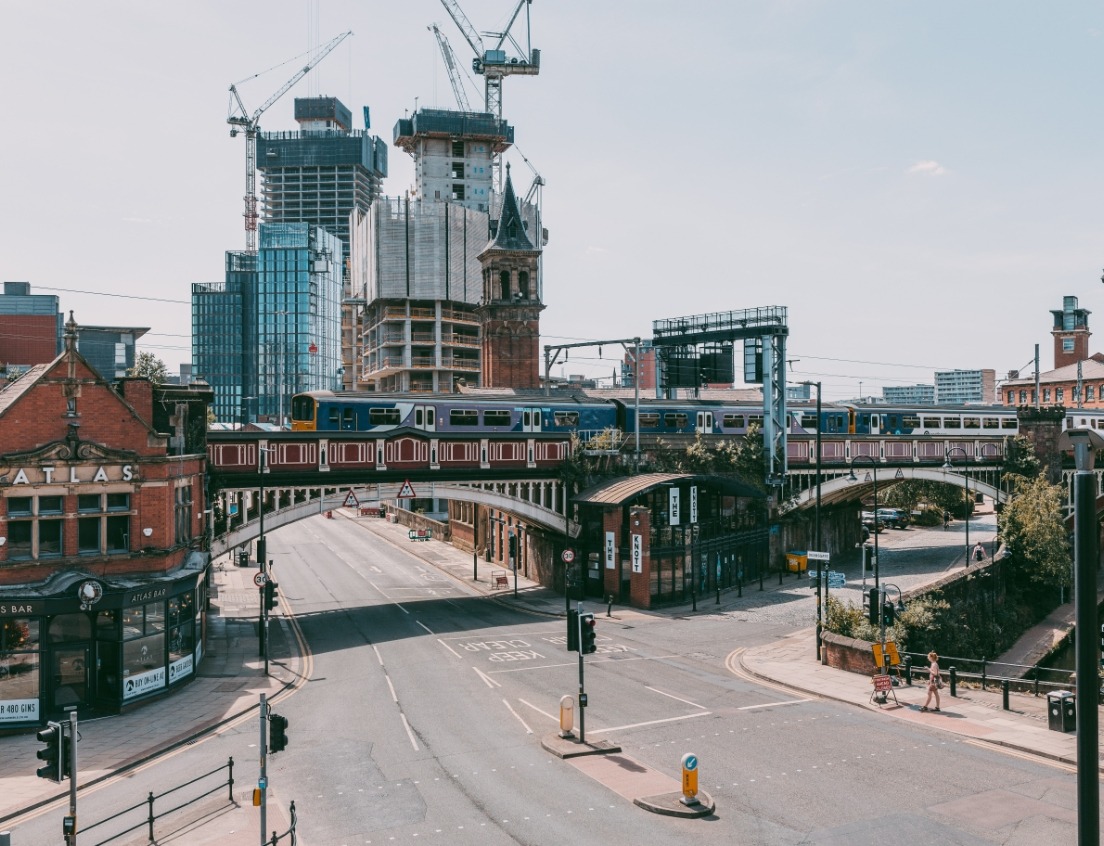 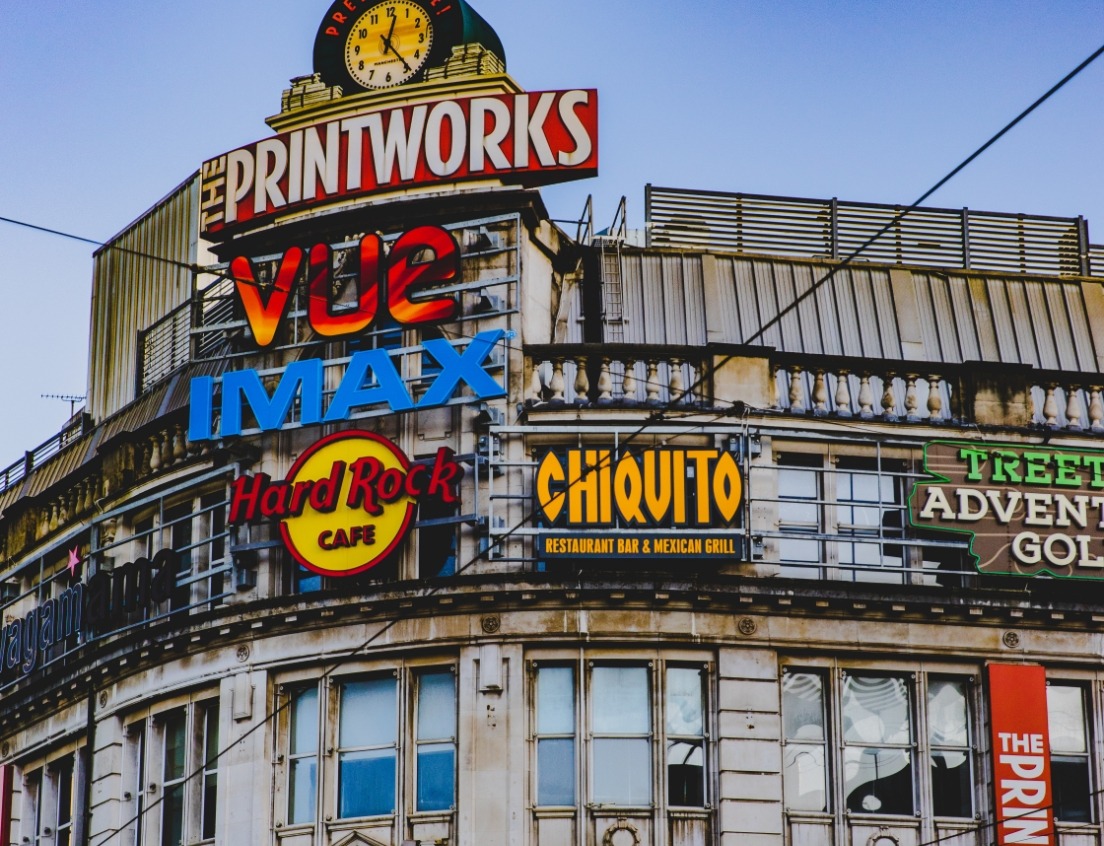 The last ten years have seen Manchester’s population surge, but most experts believe this is only the beginning. Between now and 2034, experts predict the city’s population to grow by ten per cent with thousands of jobs being created every year.

The city’s world class university is part of the elite Russell Group of institutions and attracts 100,000 students from around the world. They come partly for the university’s global reputation but also for the city itself. Small wonder, then that thousands of them decide to make the city their own after graduation.

Growth puts enormous pressure on infrastructure with the population growing much faster than the local authorities, and housebuilders can keep up. Demand is outstripping supply, and good property is at a premium which is pushing prices up. Despite the uncertainty surrounding COVID 19, prices rose by the highest amount in four years at 7.3% in September 2020. While prices did then level off as the pandemic crisis began to bite harder, the underlying economic conditions point to rapid growth when the economy returns to normal.

This means, whatever shocks hit the economy, the city possesses all the ingredients for sustained and robust growth.

Key to this will be a rapidly growing future proofed economy. While Manchester’s industrial prime was fuelled by cotton, today it boasts a diverse and exciting economy perfectly suited to the demands of the digital age.

The recent decision by the BBC to move its primary operations here has brought a host of other public sector organisations into the region. The MediaCity Initiative, meanwhile, is helping to establish a vibrant digital and media start up environment. Based on the banks of the Manchester Ship Canal in Salford, it’s a hub of sustainable economic development.

Manchester’s future is being helped with the creation of a new and modern transport system. While many locations around the world are being choked under the weight of traffic congestion, Manchester is set to benefit from a host of new travel projects. The most famous of these is the HS2 project.

Billions of pounds are being injected into the project which will provide a massive leap forward for transport between North and South. Once completed, London will be just over an hour. In addition, there are significant upgrades to the road network and a £1billion investment into Manchester Airport.

The demand is very much there, but although prices are rising, they remain much more affordable than London. There are a host of gains to be had, especially in the rental market. The university coupled with a thriving business scene, help to bring in a young, diverse population of young up and coming professionals in search of accommodation.

The North East region, including Manchester, has some of the highest rental yields across the British Isles, according to recent research.

Average rental yields in the city are currently above 5%, higher than the national average of 3.5%. This comes against the backdrop of Coronavirus, which suggests yields will be even higher when business returns to normal in 2021.

It’s a city offering rich rewards both in the near term and further down the road. With a diverse, young and vibrant population fuelling a booming economy, Manchester deserves its reputation as a stellar property hotspot.

Our properties in Manchester

This website uses cookies to improve your experience while you navigate through the website. Out of these, the cookies that are categorized as necessary are stored on your browser as they are essential for the working of basic functionalities of the website. We also use third-party cookies that help us analyze and understand how you use this website. These cookies will be stored in your browser only with your consent. You also have the option to opt-out of these cookies. But opting out of some of these cookies may affect your browsing experience.
Necessary Always Enabled
Necessary cookies are absolutely essential for the website to function properly. This category only includes cookies that ensures basic functionalities and security features of the website. These cookies do not store any personal information.
Non-necessary
Any cookies that may not be particularly necessary for the website to function and is used specifically to collect user personal data via analytics, ads, other embedded contents are termed as non-necessary cookies. It is mandatory to procure user consent prior to running these cookies on your website.
SAVE & ACCEPT
× Get an instant reply now